What is a Quinceanera. The coming of Age Birthday Bash
Open: Monday through Saturday from 12pm - 6pm. Closed: Sunday 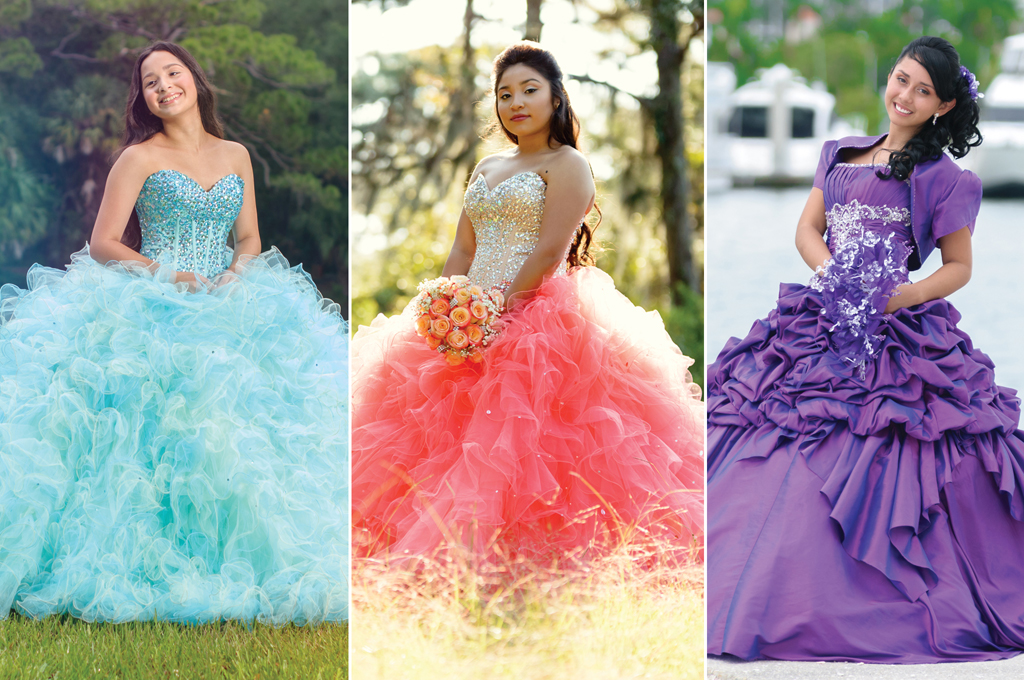 A Quinceanera is a special birthday party and most of the time there is a church ceremony.

To give you a general idea, just think of it like this – if a bat mitzvah and a wedding had a baby, it would be called a Quinceaneras.

Why? Well, it’s a coming-of-age ceremony and party like a bat mitzvah, and it can be as pricey and glamorous as a wedding. Let’s start with the word Quinceanera – what does it even mean?

It has two meanings. The literal translation is, “The girl who is fifteen years old,” which basically means the birthday girl, but the actual event is also called Quinceanera.

The celebration goes by other names, too, depending on where you’re from.. mis quinces, quince, mis quince anos, fiesta rosa, sweet fifteen, etc.

What happens at a quince?

For one, there is usually the ceremony at church. Many Latinos are Catholics, so they call it Mass. Otherwise, it’s just known as the ceremony. Afterwards, there is a reception, typically with food and dancing. (Yes, similar to a wedding.)

Each two parts will have their own rites of passage and these vary by culture, religion, as well as the personal preferences of the girl and her family.  For instance, at my event I had a small church ceremony and dinner. There was no dancing and we didn’t have a separate hall for the reception.

What does it all mean?

In short, it means that the birthday girl has transitioned into a young woman.

Back in the day, this was the time when a young girl would make some serious life decisions, such as choosing whether to become a priestess or a wife.

Then, as European influences made their way around, the celebration became a more social event. This is how the waltz came into play. At that point, it was also the first time a young girl would dance in public.

Later on, the Catholic church reformed the event to be dedicated as a time when girls could reaffirm her commitment to God and contribution to society.

Nowadays, pop culture, technology, and marketing have all been huge influences on the traditional Quinceanera – allowing for a potpourri of meanings and traditions to choose from.

Quinceaneras usually include the popular rites of passage, such as The Changing of the Shoes, The Crowning, and The Waltz, also known as El Vals.

All this change has bred even more change, allowing young boys to have their very own Quinceaneros. This isn’t quite as common, but it happens.

Who goes to a Quinceaneras?

The ultimate guest list will be up to the birthday girl and her family, but generally in an English speaking country, it is filled with family, close family friends, and friends from school.

If most of the girl’s family is back home in her motherland (or her parent’s motherland), she may opt to have her celebration there.

In Latin American countries, quinces tend to be much more family oriented, especially if they take place in a small town. The family might even plan everything and the girl just needs to show up.

Although you probably wouldn’t see a Quinceanera parading around the block in the US or Canada, you might see this in one of the motherlands.

So.. What is a Quinceanera?

For the sake of simplicity, I offer you a one-sentence answer. It’s a Latino coming-of-age birthday bash and church ceremony, both of which are infused with traditional and modern influences.

We use cookies to ensure that we give you the best experience on our website. If you continue to use this site we will assume that you are happy with it.OkPrivacy policy